I use a DJI Inspire quad copter with a large sensor camera with remote viewing and remote control capabilities to take oblique and nadir (straight down) aerial photos and video for land managers and agencies that want to document and monitor restoration projects. I have obtained a FAA Remote Pilot certification which allows me to fly my drone for governmental agencies.  I can take aerial photos on short notice and I can time them to coincide with a particular project schedule. For monitoring purposes, aerial photos can be taken on a regular or infrequent basis depending on a client’s need. If there are large stature weeds (e.g. Scot’s broom, purple loosestrife, tansy ragwort) in relatively open habitat, aerial photos can be taken at the appropriate peak flowering time to show where and in what concentrations they are present.

​The advantages of oblique photos are that they are more easily interpreted by non-specialists since topographic cues are retained, species are easier to distinguish, and it is easier to count distinct individuals.  Nadir photos on the other hand are useful for overlaying on a map and obtaining coverage areas with a high accuracy because projection corrections are smaller. Both types of photos are able to show larger portions of projects than ground based photography.  Below are some examples of aerial photos for various projects that I have done. 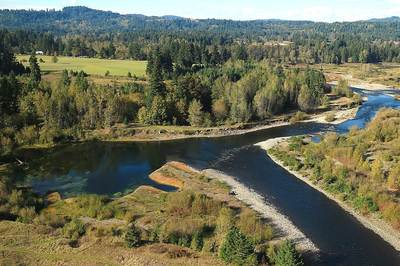 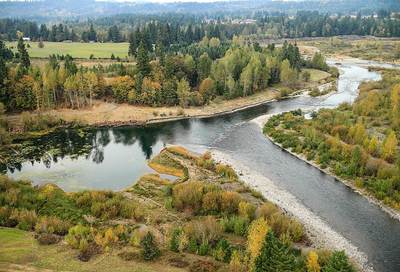 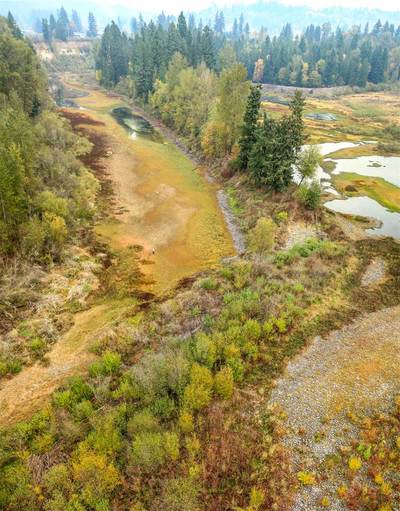 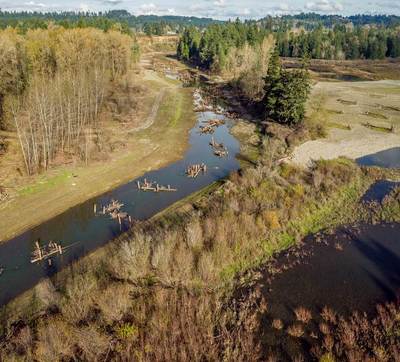 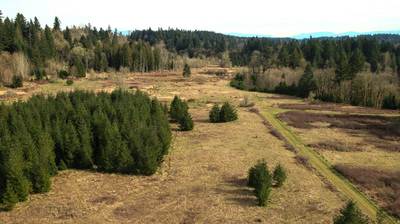 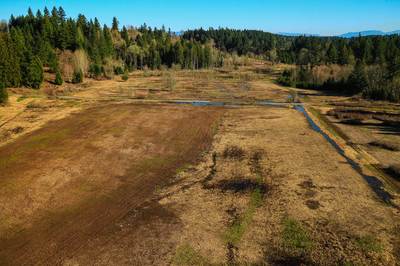 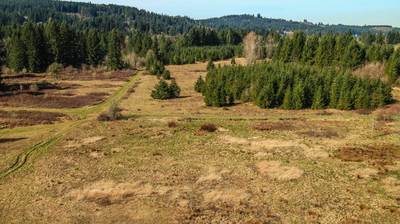 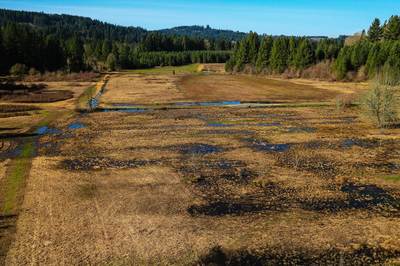 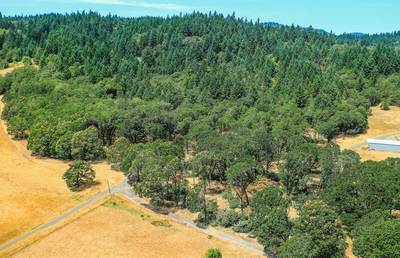 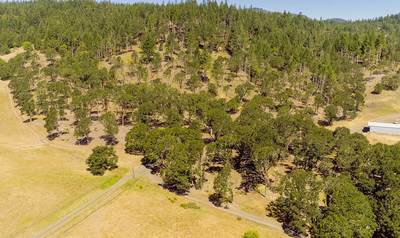 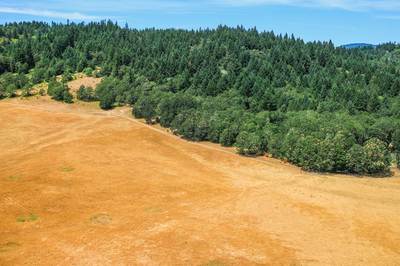 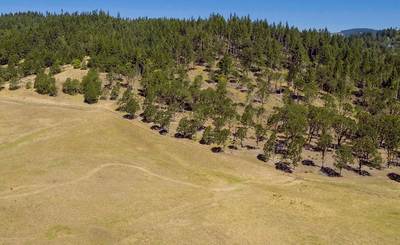 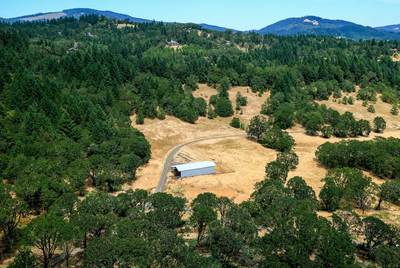 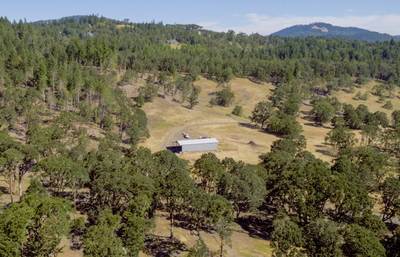 These photos show present-day conditions and will be used to monitor habitat changes over time. 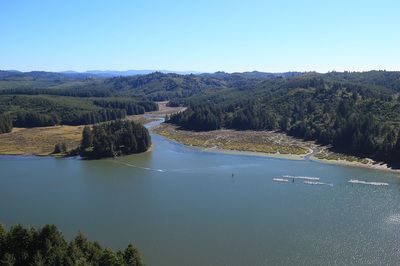 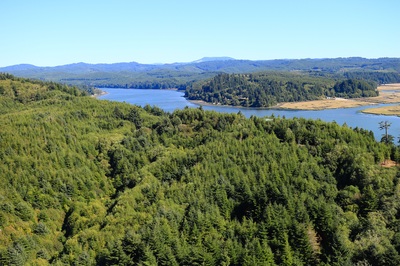 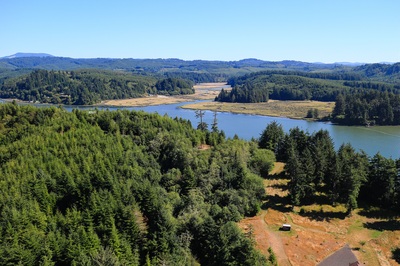 Project area before and after Douglas fir removal. 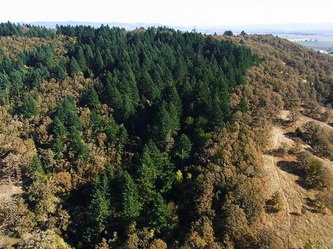 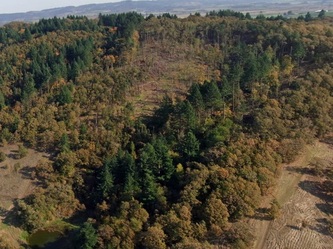 Project area near Garibaldi, Oregon prior to cutting conifer trees.  Yellow lines indicate harvest units. Pre-treatment photos were taken in the fall of 2011 and post-treatment photos were taken in the spring of 2012. This is a variable retention harvest designed for multiple goals, including timber income, maintenance of habitat, protection of riparian areas, and wind firmness of retention trees. 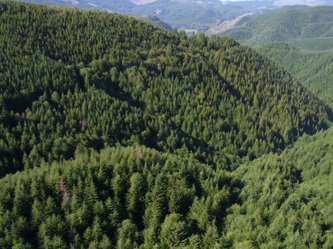 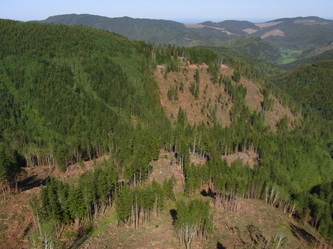 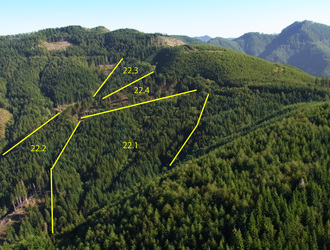 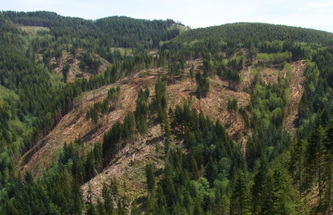 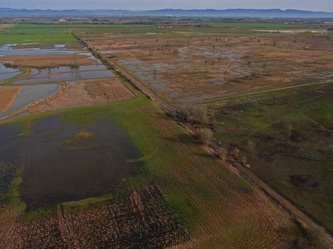 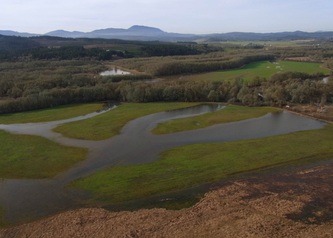 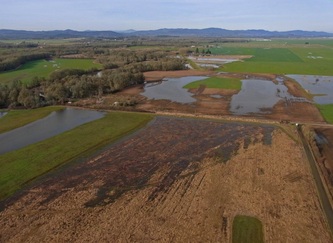 Aerial photos of project area (outlined in red) before and after woody vegetation removal in a wet prairie. 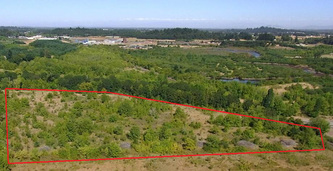